The Inventor's Cone of Uncertainty

Project managers often use a "Cone of Uncertainty" to describe the possible range of project outcomes, length, costs, and other factors at a given point in time.  A well known variant on this is the National Hurricane Center's "NHC Track Forecast Cone", which represents "the probable track of the center of a tropical cyclone ... along the forecast track (at 12, 24, 36 hours, etc.)." 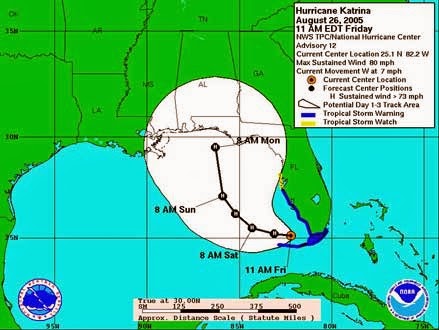 The "Cone of Uncertainty" applied to hurricane forecasting

While the Cone of Uncertainty is commonly used to visualize the potential outcomes of events such as weather or projects, there is no reason it cannot be used to plan educational and career paths.  Indeed, the Cone of Uncertainty model is one of the best ways to illustrate how important a broad knowledge base and skill set is to innovation.  As I describe in my piece on "The Imposter Superpower", innovation requires that we know enough to know what is possible, but not so much that we internalize what "experts" think is impossible.  Experts can explain how we think things work and why we think we cannot do certain things; innovators have a broader view, bringing together ideas from disparate fields to do what experts in each of those fields would have never imagined, or would have believed impossible.

The cone of uncertainty, in the context of knowledge and innovation, describes what the putative problem solver believes he will need to know in order to solve the problems that face him in the future.  Like all aspects of innovation, children start with a broad, creative view:  "I can do anything, I can solve anything, so I need to be prepared to face anything."  As we shuffle through the education system, we face mounting pressure to reduce the scope of our knowledge in order to allow us enough time to increase the depth of a subset of that knowledge.

There are two ends of the "career track" in determining where the "education/expertise" cone of uncertainty lies for any given person:  Experts and innovators (these are the two extremes of a continuum, and people fall everywhere in between).  An expert operates on the assumption that they need to know everything about a specific area, and knowledge about other areas is less important.  An innovator operates on the assumption that they cannot accurately predict what they will need to know, so they need to know a little about everything.  A sample cone of uncertainty for education and experience for an extremely focused expert and an extremely broad-based innovator illustrates the difference: 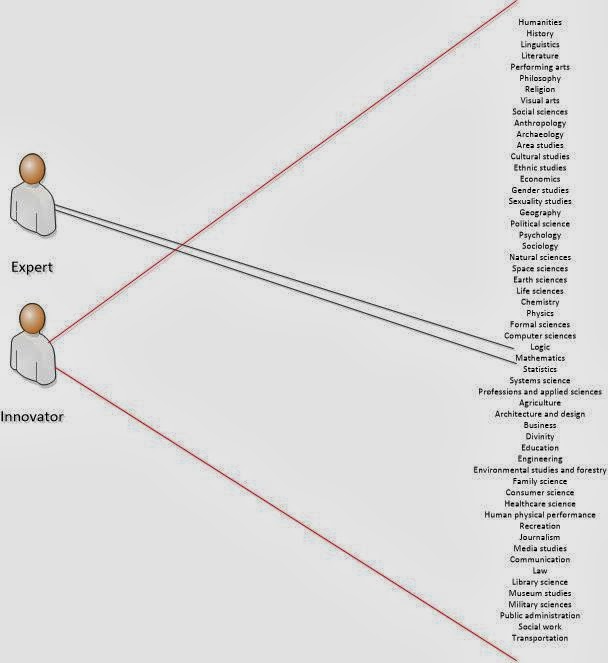 By focusing all of his energy on a single subject -- in this case, mathematics, the expert will undoubtedly have a far better grasp of the current state of human knowledge about mathematics.  This firm grasp will include all of the errors and inaccuracies in current human understanding about mathematics, and all of the false limitations that flow from them.  By contrast, the innovator, with a far broader (and far shallower) base of knowledge, knows enough to see the possibilities in many subjects, the cross-disciplinary solutions to problems, and other aspects of the "big picture".  While the innovator's broader knowledge makes her the "visionary", she will often need to turn to experts to actually fashion and test the visionary solutions she comes up with.

One can imagine how this plays out in practice.  Imagine that the expert mathematician works for a government agency and is tasked with developing a formulaic method for breaking public key encryption (while it is thought that no such formula is possible, it has yet to be proven).  Without a formula, brute force attacks require either an impossibly high amount of time on regular computers, or the development of a powerful enough quantum computer (the NSA is on it, though).  Now imagine that the mathematician is not the only one working on the problem; the same agency has a group of programmers working on a classic computing algorithm that would crack the keys more efficiently and a group of physicists working on a quantum computer with enough processing capacity to instantly crack the encryption.

What if there is a solution, but it requires an algorithm, running on a combination of a classical computer and a low-capacity quantum computer, within the framework of a mathematical formula that reduces the number of possible solution sets  but falls short of a fully formulaic solution?  The innovator, with a little bit of knowledge in each of these areas, could shuttle between the three groups of experts and synthesize the solution.  The innovator could never implement all aspects of the solution on her own, but implementation is what experts are for.  The innovator starts with a broad knowledge base, combines ideas from experts in different fields, and creatively combines them into a likely solution.

As the example shows, knowledge and expertise are not enough.  Creativity is also required.  As I've written, humans are born with unbounded creativity, but most people lose a lot of their creativity as they gather expertise and education.  I was initially planning to describe a second cone-type mechanism for understanding creativity, but found the qualities of the "cone of creativity" essentially parallel the knowledge/experience cone of uncertainty.  Humans are naturally creative, and as long as we keep a substantial breadth of knowledge easily accessible, our creativity in combining ideas sourced from diverse places along that breadth of knowledge remains strong.  In essence, there is a strong correlation between creativity and maintaining a large knowledge/experience cone of uncertainty.

One objection to keeping a large cone of uncertainty is that we sacrifice too much depth of knowledge in order to maintain familiarity with far too broad a number of subjects.  This is true, and is the primary reason why highly focused experts are critical to scientific progress.  A single human being cannot simultaneously be the world's leading expert in a narrow subject and a highly prolific innovator broadly knowledgeable across a range of subjects.  But with billions of humans to draw upon, there is room for everything from the most diffusely knowledgeable innovator to the most hyper-focused expert, and as long as we are conscientious about pairing innovators with experts, we will innovate at a remarkable rate.

The counterpoint to the objection that the cone of uncertainty is too large is that the universe is uncertain.  We may think we know what problems we will face, but even the best forecasts can be disastrously wrong.  While an imperfect analogy, the sample cone of uncertainty (near the top of this article) is a good illustration.  It is a forecast cone for Hurricane Katrina, a storm that caused incredible damage to New Orleans.  The forecast cone was issued at 11:00 am EDT on Friday, less than three days before the 7:10 am EDT landfall in Louisiana, but showed New Orleans barely at the edge of a far side of the cone.  At 68 hours prior to landfall in New Orleans, the most likely track for Katrina took it right into Florida's panhandle, with Alabama and Mississippi between it and New Orleans.  As it turns out, the actual track was quite different from the forecast track. 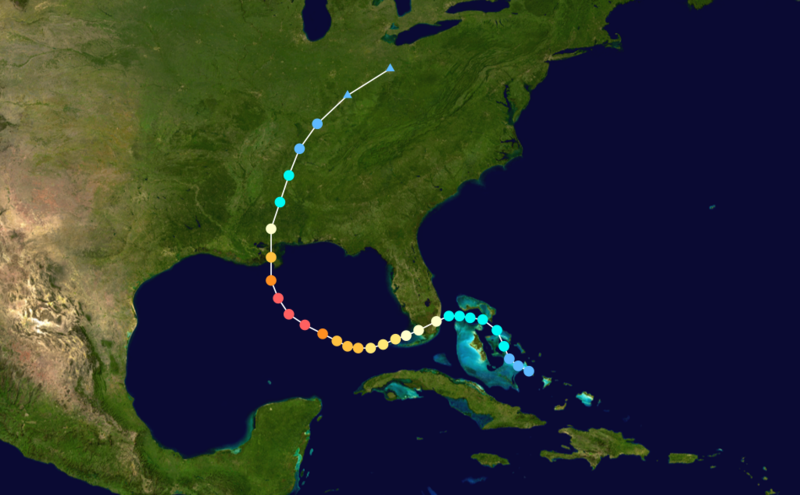 Katrina's actual track
Katrina's forecast track did at least include New Orleans as a lower probability target at the far edge of the track.  The actual point of landfall for storms is frequently outside of the track -- the National Hurricane Center's forecast cone attempts to accurately predict the path around 60-70% of the time.

Given the substantial consequences if emergency planners do not prepare for the risk that the cone of uncertainty is too small, planning is done for potential landfall targets all across the track, and even outside of the track.  If emergency planners in the field of hurricane tracking are analogized to innovators and experts in the field of problem solving, we see why it is important to plan for problems that arise outside of the predicated cone of uncertainty.

The bottom line is that innovators need to think more like DaVinci -- art may seem unrelated to medicine and aviation, but if you study DaVinci's work, you will see the important role his skills as an artist played in studying medical and aviation problems.  In the days before the FAA, degrees in art history and homogenized medical education programs, it was easy to learn about a broad enough swath of subjects to accommodate an enormous zone of uncertainty.  It is still easy -- we have simply forgotten how important it is to have broadly knowledgeable innovators.
Posted by Gary Shuster at 5:10 PM